At a meeting held in the Ritz Hotel, Piccadilly, London, on 14 October 1914, H.R.H. Princess Mary inaugurated a special fund to pay for the manufacture and distribution of her now
well-known Christmas 1914 Gift Tin.

‘For many weeks we have all been greatly concerned for the welfare of the Sailors and Soldiers who are gallantly fighting our battles by sea and land. Our first consideration has been to meet their more pressing needs, and I have delayed making known a wish that has long been in my heart for fear of encroaching on other funds, the claims of which have been more urgent.

I want you all now to help me to send a Christmas present from the whole nation to every Sailor afloat and every Soldier at the front. On Christmas-eve when, like the shepherds of old, they keep their watch, doubtless their thoughts will turn to home and to the loved ones left behind, and perhaps, too, they will recall the days when as children themselves they were wont to hang out their stockings wondering what the morrow had in store.

I am sure that we should all be the happier to feel that we had helped to send our little token of love and sympathy on Christmas morning, something that would be useful and of permanent value, and the making of which may be the means of providing employment in trades adversely affected by the war. Could there be anything more likely to hearten them in their struggle than a present received straight from home on Christmas day?

Please, will you help me?’

The appeal letter from H.R.H. Princess Mary to the British Public, dated 15 October 1914, which led to the manufacture and distribution of her Christmas 1914 Gift Tin. 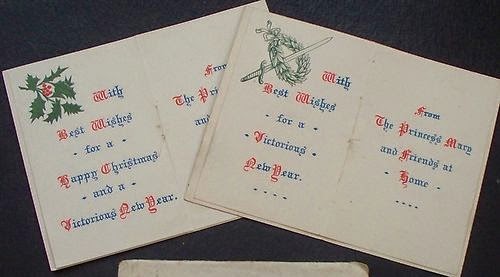 The General Committee established that day included the Prime Minister, Churchill, and Kitchener, together with a host of representatives from Parliament and the Commonwealth, a powerful body that ensured popular support, though famously many of the tins did not reach their intended recipients in time - indeed some of them were still being distributed as late as 1919, a delay compounded by the fact the issuance numbers were extended to all men and women in uniform on 25 December 1914, not just those at sea or at the front.

The brass embossed tin, designed by Messrs. Adshead & Ramsey, bore a bust of Princess Mary within a laurel wreath, with the legend ‘Imperium Britannicum’ flanked by a sword and scabbard above, ‘Christmas 1914’ below, and the monogram ‘M’ to the left and right. Around the edges of the lid were embossed the names of the Allied powers.

The contents differed according to the intended recipient - thus, instead of the usual pipe, tobacco and cigarettes, non-smokers received acid tablets, Indian troops spices or candy, and nurses chocolates. All contained a royal greetings card, and the majority the bullet pencil.

The statistics arising from Princess Mary’s initiative make fascinating reading - with a closing account of nearly £200,000, the Fund was able to cover the costs of some 2,600,000 gift tins, the whole distributed by War Office, Admiralty, India Office, Colonial Office and the High Commissions of the Colonies. And in terms of contents, some 710,000 pipes were purchased, together with 44,000lbs. of tobacco and over 13 million cigarettes. But the number of tinder lighters that were purchased fell below par owing to the fact ceric stones from Austria were required in the manufacturing process - and the Austrians did not feel inclined to replenish the supplies when they ran out!

The quality of the latter boxes is markedly different in to the better quality earlier boxes. 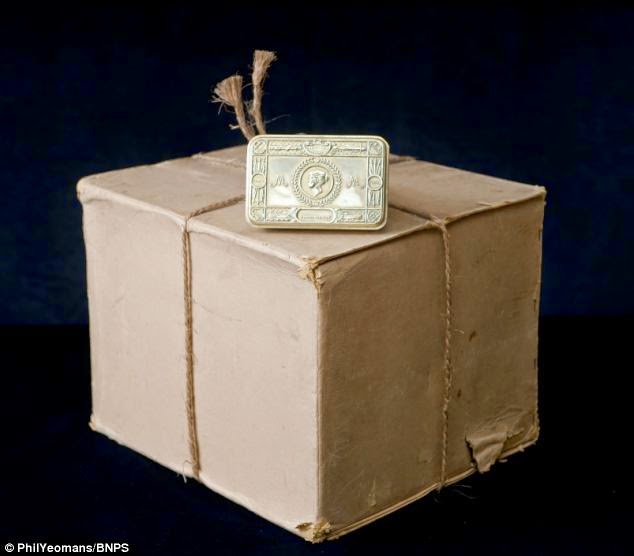 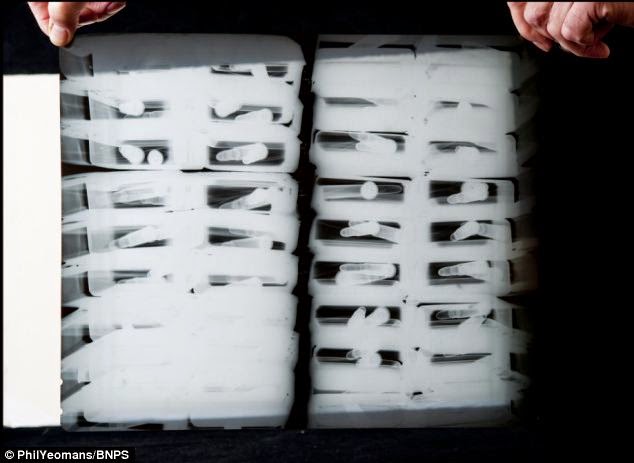 Interestingly, next week on June 28th 2014 at Chalke Valley History Festival an un-opened and sealed box containing 81 of these boxes will be opened  by Lady Emma Kitchener, great-grandniece of military great Lord Kitchener. See this article in The Mail Online.

I have come across references to some boxes being made in silver and have had this confirmed by a dealer friend who narrowly missed out on buying one. Presumably these were presentation pieces or for high ranking officers. I will have to investigate.


Posted by Christopher Clarke Antiques at 09:11 No comments: