The Ballantyne Coat of Arms

There are lots of great stories relating to English titled families sending instructions to China  to have dinner services made for them and the amusing results when things are lost in translation. I guess this is where the the phrase "Chinese whispers" comes from. One I particularly like, is the one with arrows pointing to the armorial indicating what the colours should be. You can guess what happened. These little notes ended up being incorporated int the design.

This is the first time I have seen this happen on a piece of carving. 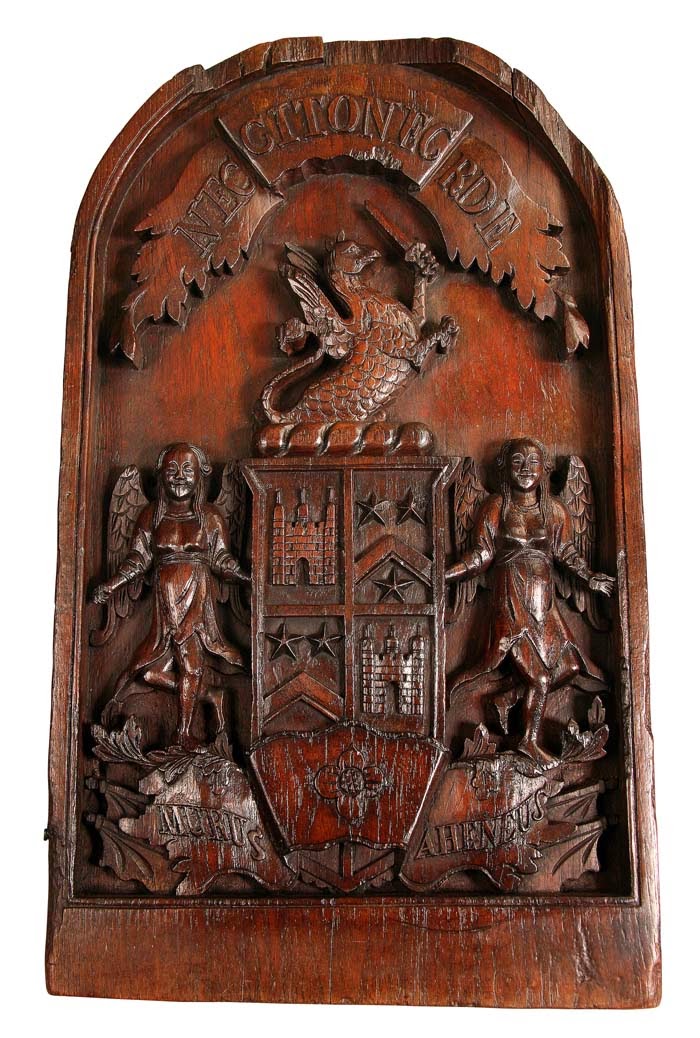 This fine piece would have been commissioned by a traveller to the East and at a glance all seems good. When you look closer you realise that the Gryphen should be facing the other way and one of the mullets ( armorial speak for stars) is missing. Also the first 2 letters of Tarde are missing. It being such an exact science this would have an armorialist spitting feathers. 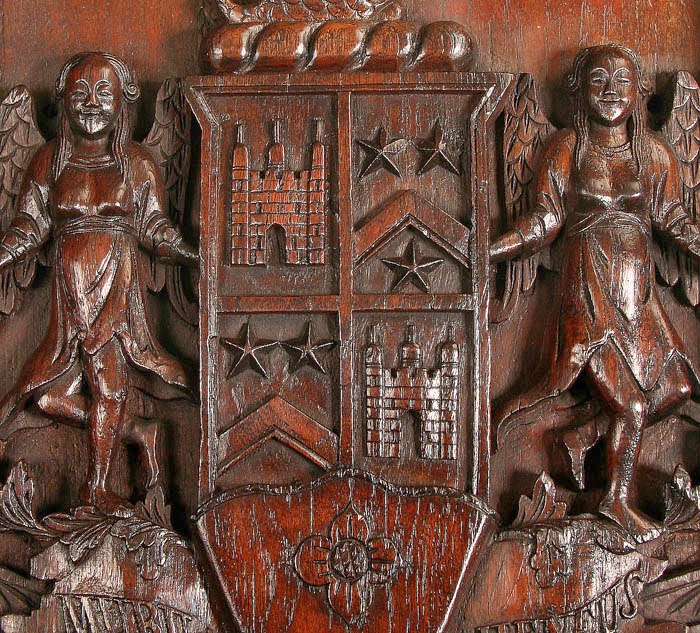 What particularly tickled me though were the angels. Not only do they have the most wonderful Chinese faces and are adopting a pose no self respecting angel would dream of assuming on something as formal as an armorial but these two amply chested angels are definitely of the female persuasion rather than the more androgynous angels found in European art.


Posted by Christopher Clarke Antiques at 10:22 No comments:

Another happy customer unpacking his purchase. 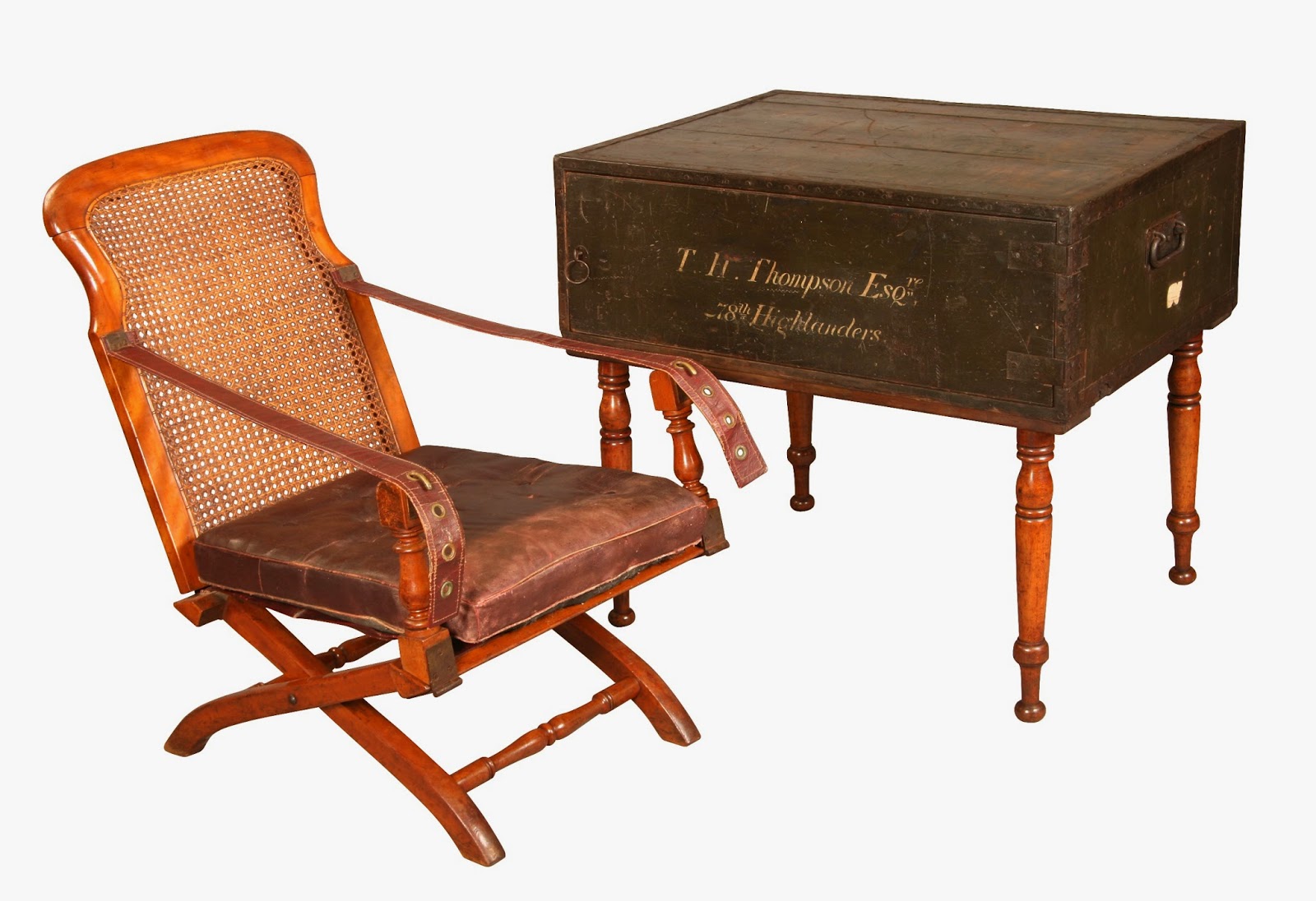 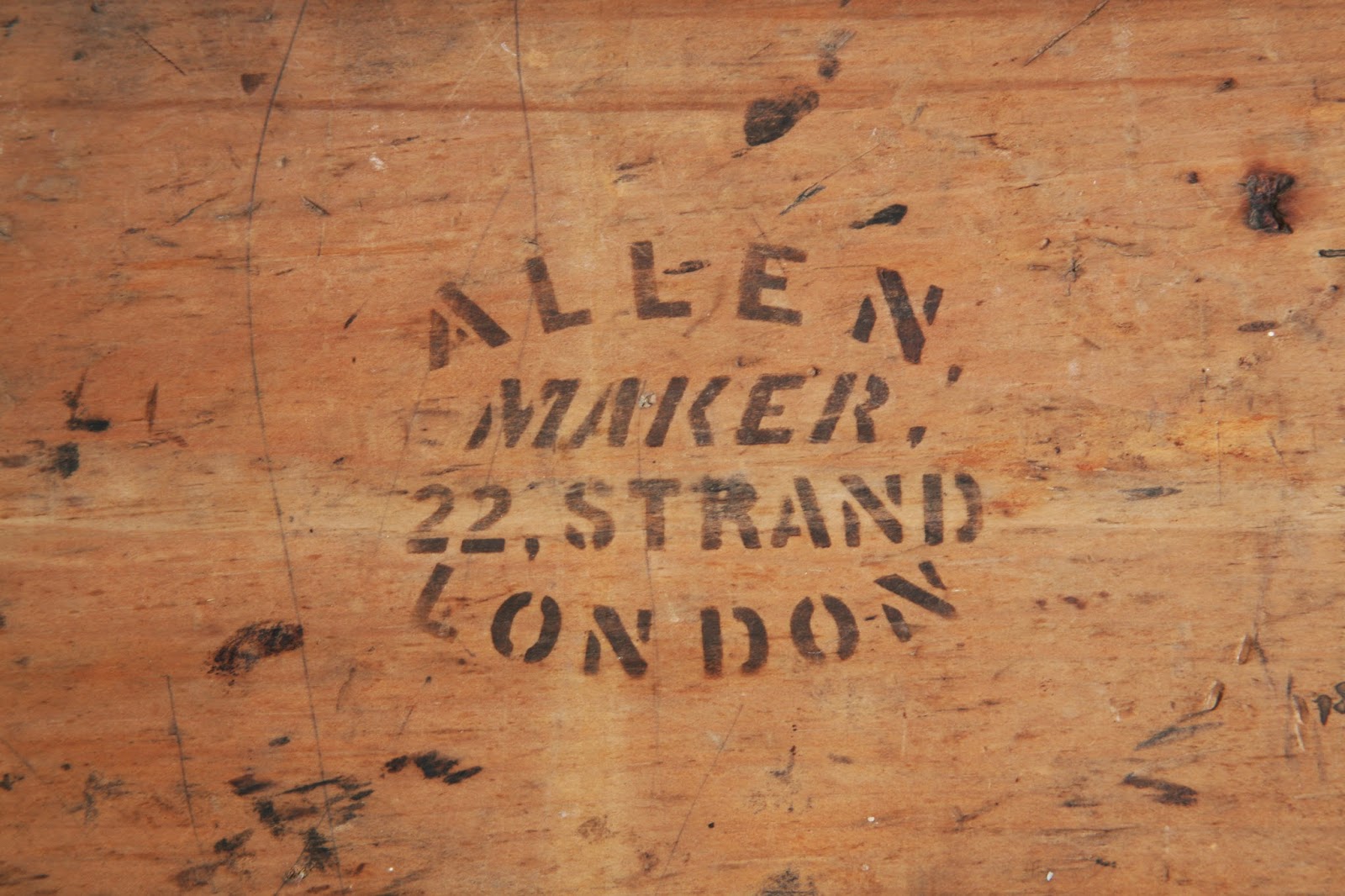 Christopher Schwarz has also now produced and excellent book introducing campaign furniture to those wishing to produce there own travelling furniture and with the first English-language translation of A.J.-Roubo’s 18th-century text on campaign pieces, plus original drawings of dozens of pieces of British campaign furniture culled from original copies of the Army & Navy stores catalogues.

Posted by Christopher Clarke Antiques at 06:27 No comments: