As the year comes to a close I've been thinking about what the next year will bring but also looking back to the last year and reminiscing. This years Flying the Flag exhibition has probably been one of our best when I look at the stock we found for it. This got me thinking about probably the most interesting exhibition we have ever had. "Furnishing the Colonial Bungalow" in 2008  Glenfield , New South Wales. Australia. 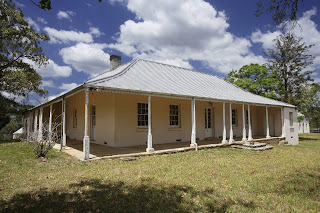 What a great opportunity this was. With our good friends Dr James Broadbent and Warwick Oakman we were asked to put on an exhibition to help promote the wonderful new project  the Endangered Houses Fund, the then Historical Houses ( now Sydney Living Museums) had instigated. To restore and save an important colonial bungalow which could then be sold allowing money to be moved on to another similar project.

Glenfield, was built  by the explorer Dr Charles Throsby on land given to him by Governor Macquarie. He had been a naval surgeon, explorer, magistrate and politician, and completed Glenfield around 1817, making it one of Australia's earliest surviving houses. He named it after the English village in Leicester where he was born. 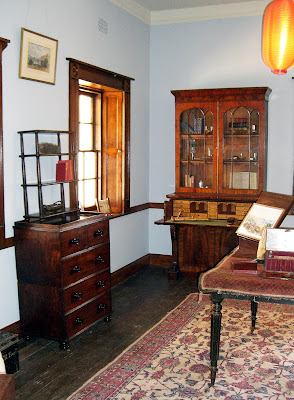 Between us we found some wonderful antiques to furnish the bungalow and had a great response from the public with nearly 2000 people visiting during the week from Sydney , Melbourne and even Tasmania.  A great achievement considering the rather off the beaten track of Glenfield's location in  Casula. 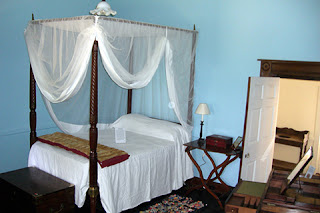 Dr Broadbent wrote an excellent article to accompany the exhibition "Furnishing the Colonial Bungalow " and we had a write up in Vogue Living. Writing this now makes me think it is definitely time to start planning our 5th trip Down Under.


Posted by Christopher Clarke Antiques at 02:38 No comments: